House Schuschinus is formed by the classic characters that were introduced in the Golden Age.

Style of the House

The clothing is comfortable in the first place, but has functional and representative aspects, too. Vests and capes with colorful patterns that emphasize individuality are popular. Even if the fabrics are noble, the cut is casual. Storage space is important, so the clothes have many hidden pockets. The hair is often reduced to distinktive tufts or strands. The architecture is nested and rich of ornaments of different styles. It is of warm colors and filled with life. The stylistic motto is maximalism. No bleak walls, but a paradise for explorers. 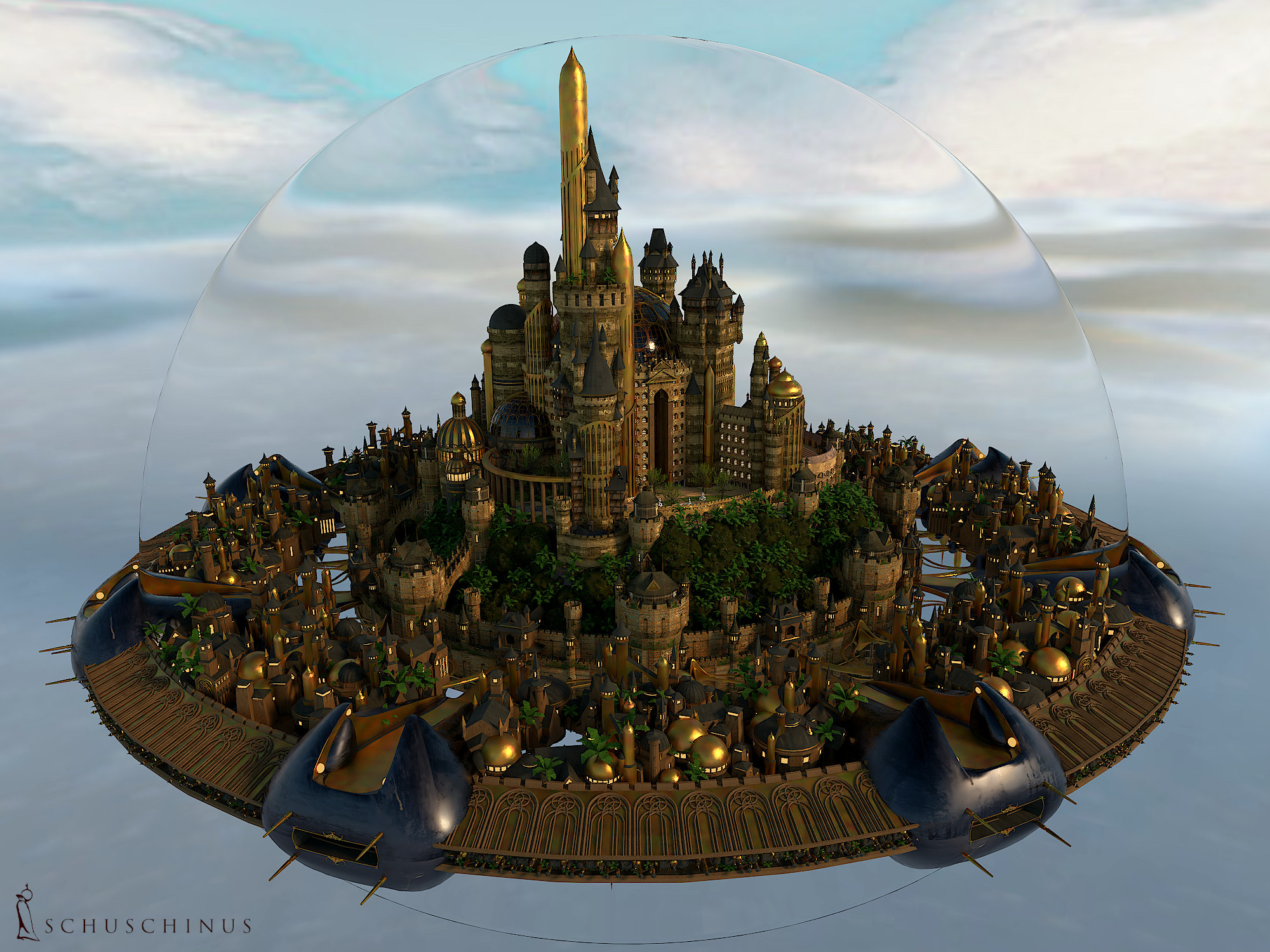 The Schuschinus family resides in the Golden Castle in the center of the capital Banania. It is a dynamic building that adapts to the wishes of the residents and changes its appearance. The building is simulaneously ancient and mysterious as well as modern and comfortable. It offers pure luxury and adventure. Every Brick has a story, everything is mystically charged. The castle exists in many dimensions. It stands in Banania, while at the same time sitting on the cloud chair. In the basement there is an unfolding room with any number of doors that lead to different versions of the castle, vehicles or other dimensions. The castle hosts the Schuschiversity, the central Interest Center of Hurdelhabadan. 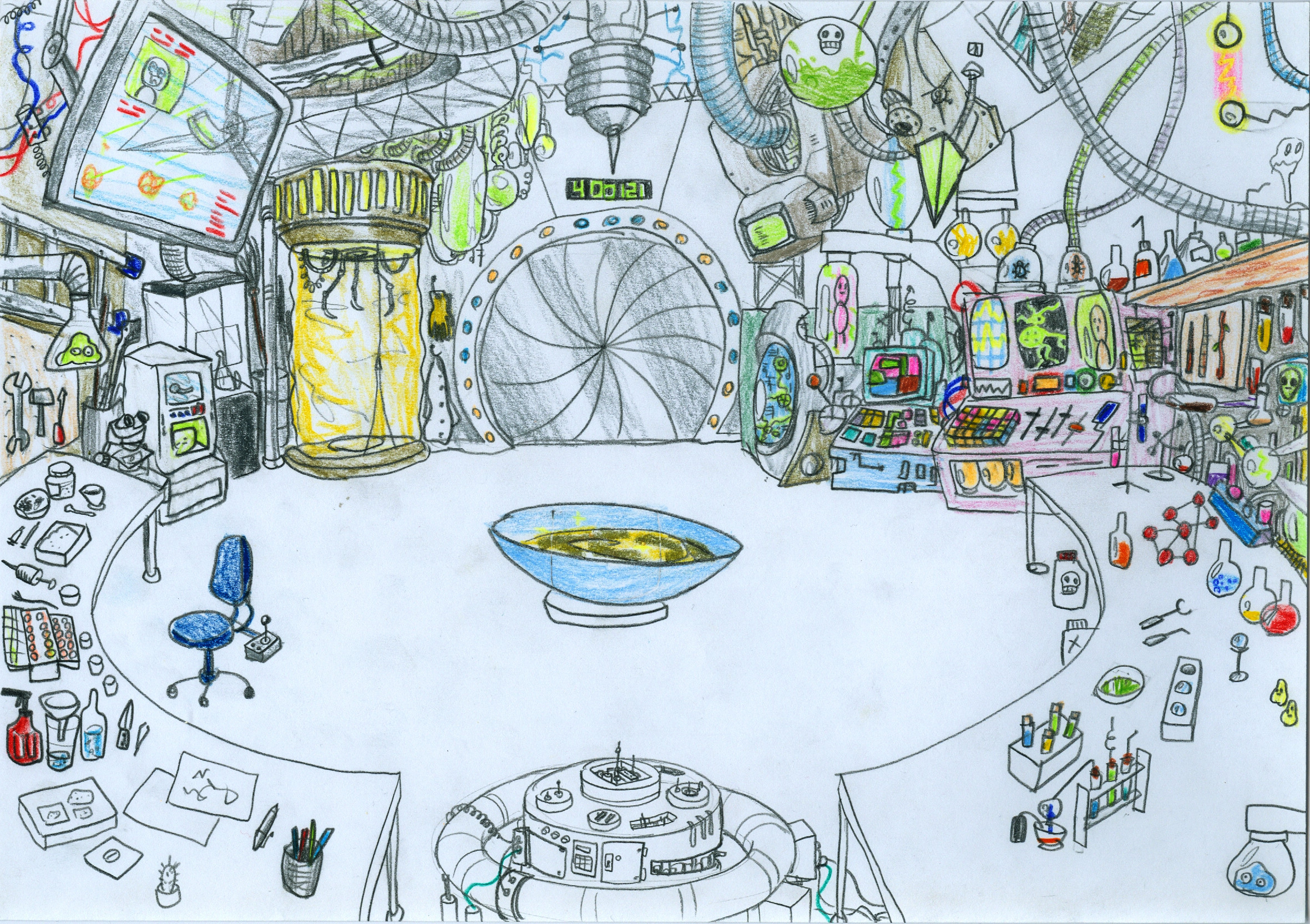 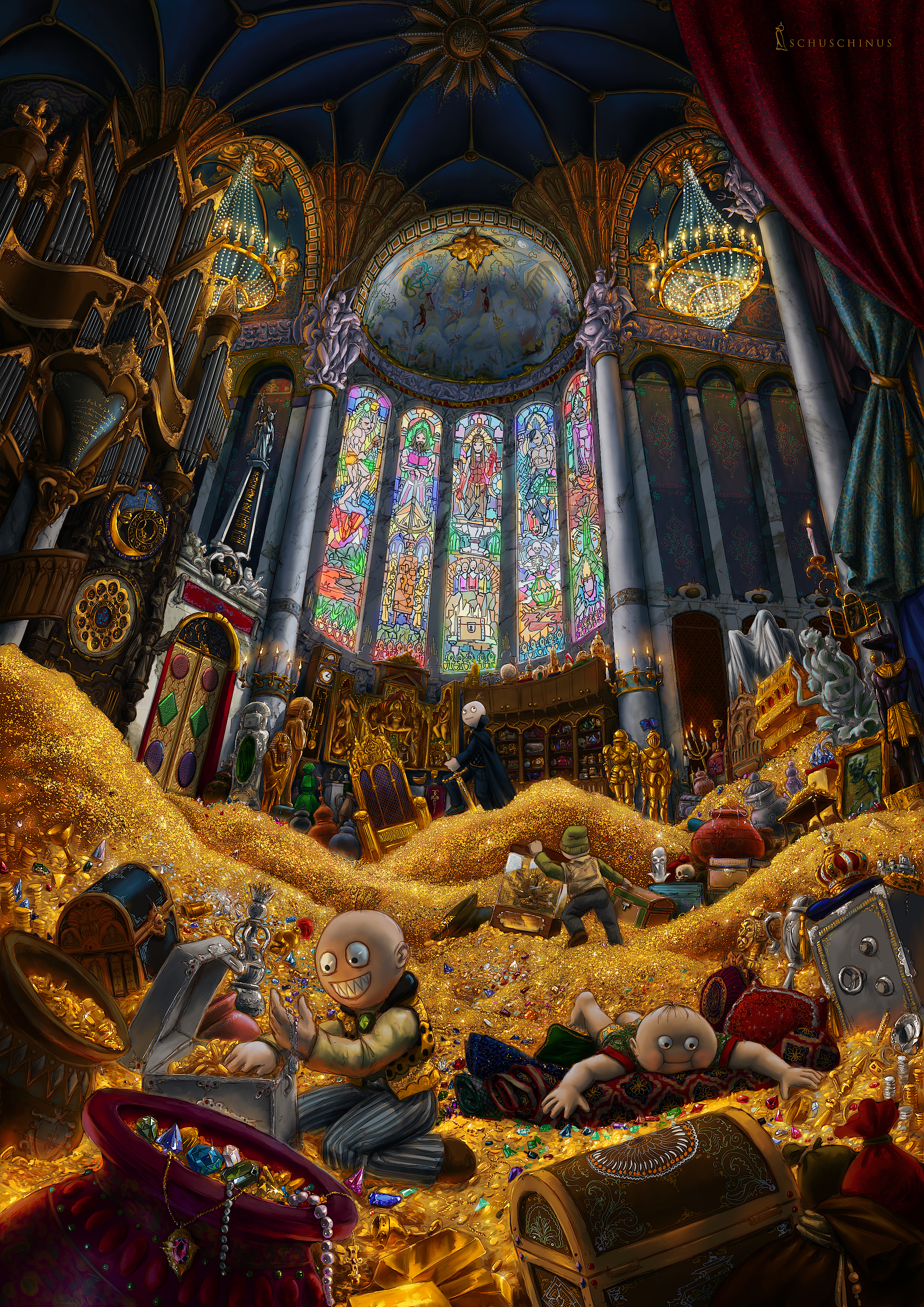 From the outside, the castle offers an overwhelming sight with its filigree architecture, gilded domes and struts. There are overlapping towers and colonnades, bridges, slides, balconies, loggias and roof terraces. The complex includes a showy front yard with statues and fountains, courtyard with tree house and climbing frame, barbecue area, outdoor pool and sports field with arena, green areas with shady groves, mazes, exotic plants, waterfalls and canyons, vegetable beds, greenhouses. Because nature on Hurdelhabadan is intelligent and friendly, it blends harmoniously with the building. Trees, vines and mosses surround the walls without damaging it. The birds are chirping, without flying in the window and shitting all over the place. Cobwebs adorn the cellar vaults, but nowhere does something unhygienic happen.

The castle is located in the heart of the Maschinensack Empire, where the power of imagination makes it indestructible. The castle lives, defends and repairs itself. In the default mode alone, the castle has countless watchtowers, loopholes and traps. The already branched and interlaced corridors and spaces change and form an impenetrable maze for unwanted intruders. There is a palace guard. Against massive attacks, there is a retractable fortification wall and a dome force field. The entire castle can fly in the atmosphere and in space, as well as dive into the ocean.