The Plagi were a 14 universe spanning religious empire. In the New Heyday, they invaded the Schuschiverse, but were significantly weakened in the following wars. The empire broke up into many factions. When it came out that Srugus was a woman (Which, however, was just fake. In truth, Srugus never existed), the sexism-based beliefs were completely broken and the plagi got lost in other cultures.

The origin of the Plagi is a mystery. It is believed that No. 83 had a finger in the pie. Legend says that the religion was founded by Srugus, who was above sin and could justify any crime. His followers tried to imitate him by following the path of sin in order to overcome it, knowing that they would never succeed. As is customary in religions, what is considered a sin has been arbitrarily determined by some frustrated old men and is freely interpretable. Over the millennia, the original teachings were lost, yet formed a powerful institution that denied this circumstance and claimed the interpretational sovereignty and ruled with brutal strictness. They spread war because it was considered the greatest sin and therefore the true path. At the same time, the suffering caused by it was just punishment, both for the opposing unbelievers, and for the own people, who see themselves as unworthy to du their sacred duty. In the end, the legend of Srugus turned out to be just a huge hoax. Schuschinus had faked the chronicles.

In their missionary work, the Plagi used the spread of disease. Those unwilling to convert were punished with the plague that struck them. But deep believers were able to survive the plague and thus mummified themselves. This was a necessary step toward becoming a priest. Those who survived had to make a pilgrimage to Srugus' birthplace to collect their terror scepter. The priest was able to spread the plagipest again.

Originally, there was only one Plope, but due to the worship of sins, several ones were tolerated. They are characterized by a collar, which is an inverted stiffened stole, the ends of which are up. 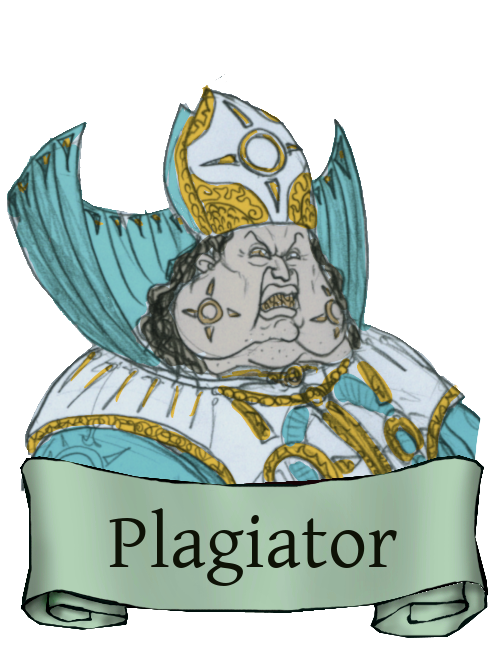 To regulate the plethora of Plopes, the Plagiarism was introduced, whose Plaginals took care of who was elected as Plope. When No. 83 crowned himself a Plope, he disempowered the Plagiarism. He let the Plaginals made obedient with the other method by Dr. Hodenwichser. After its downfall, the Plagiator took over the function of the regulating council.

The ordinary Plagi priests are called Plagiore. They have gone through the plague and been disfigured by it. They wear cowls made of luxurious fabrics and usually a stole with a rectangular pattern. Their terror scepters are wooden sticks with energy crystals that allow teleportation of pathogens or gunfire. 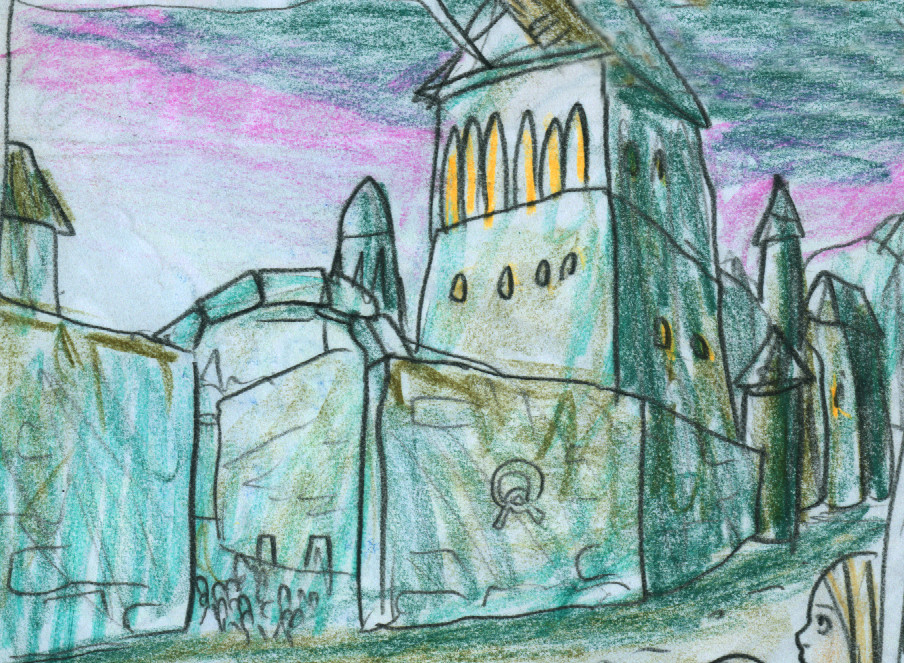 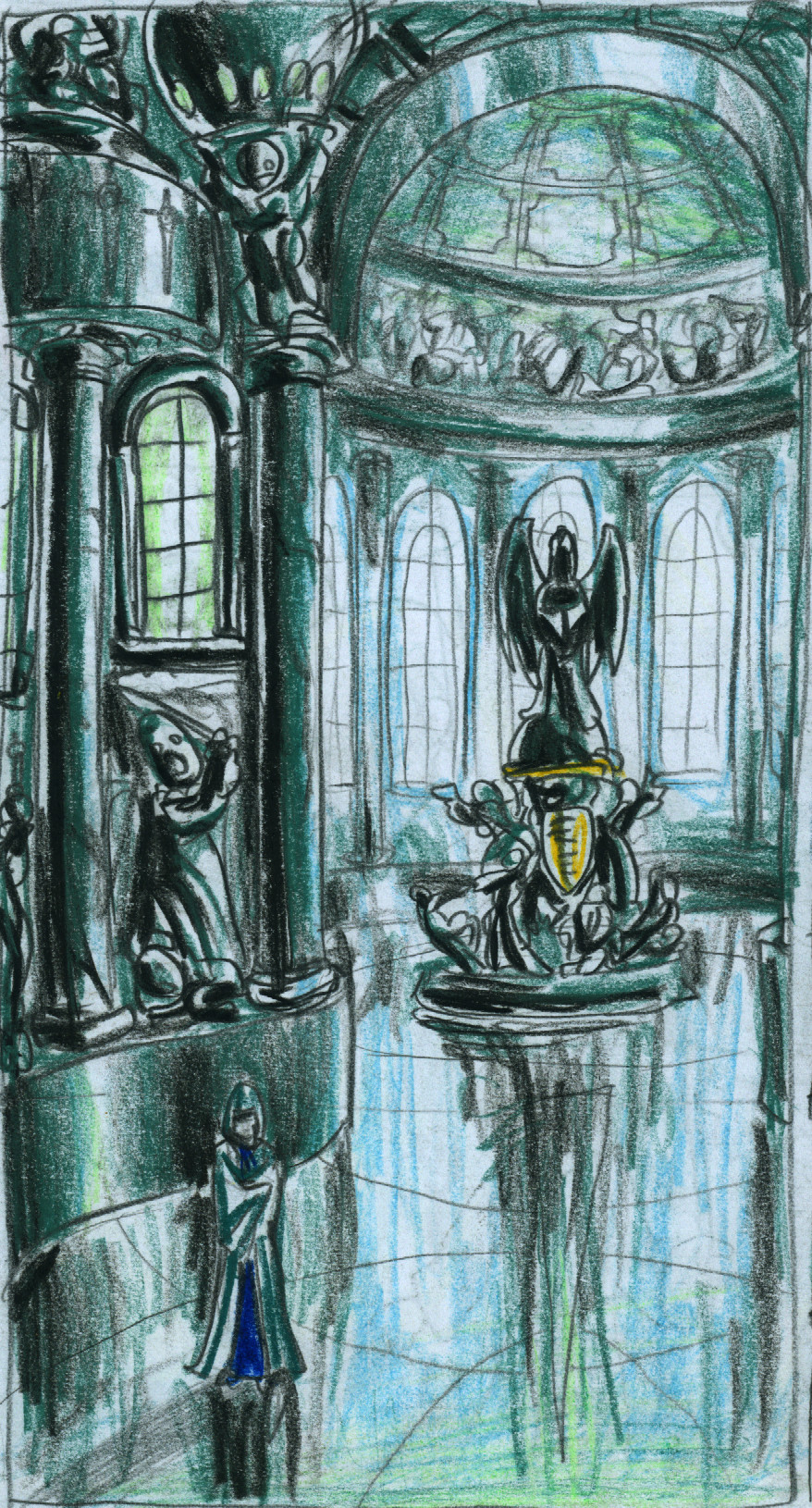 The turquoise-green sheen of most Plagi buildings is characteristic. 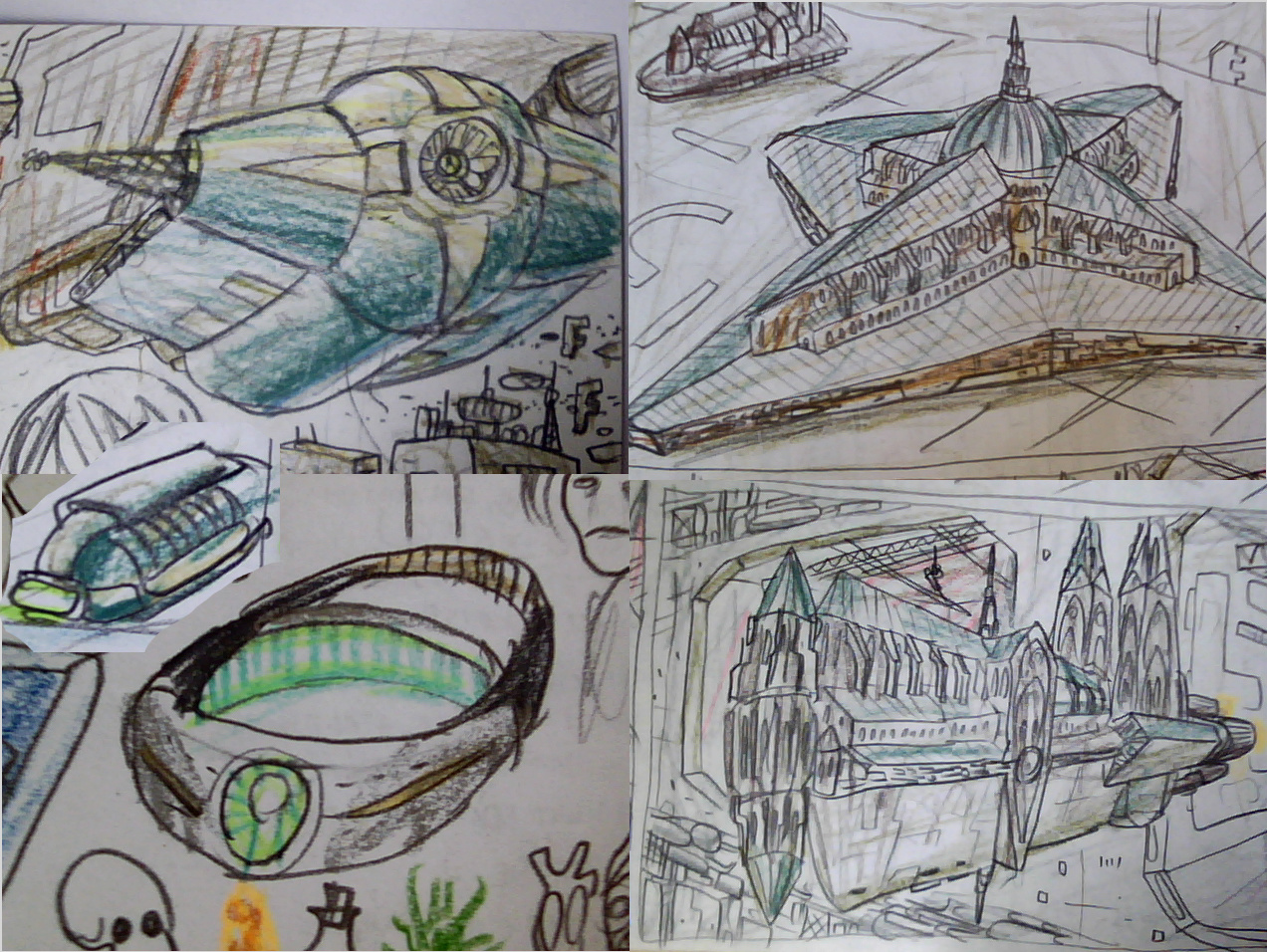 Their spaceships evolved from cathedrals as the Plagi needed moving missions.