Dr. Alkohol is the most famous doctor of Hurdelhabadan, based in the capital Banania. The talented general practitioner and specialist in plastic surgery and prosthetics sees himself as a flesh artist. For him, living things are only then really alive, when they are dismembered and cobbled together again. Over-zealously, his treatments often go further than needed and patients find themselves as monsters and cyborgs. From the organic waste of his surgeries always accomplished in a drunken state, he builds new creatures. Organ trade and cloning belongs to his repertoire as well. He has implanted a recycling system that makes him independent of food and sleep. He can be in many places at the same time and is always there to help with an emergency. He does not accept money because he practices out of passion. He is considered one of the brightest minds of Hurdelhabadan and has made quite a few inventions such as armor spray, bandolier braces, sewing pen, panoramic vacuum glasses, or skin hotspackling. He also uses Hitulonik and eye bouncy ball salt.

At the age of about 6, Schuschinus gave a toy figure, which unfortunately fell victim to disposal, the personality of a drunk doctor who always carried out absurd treatments. Another toy figure called Gemüsekopf became his assistant. At that time he was considered a terrible doctor. A lost picture showed him using Gidde during a dental treatment.

In 2000 he was first mentioned in a comic, incompetently treating a smoker's leg. He later got his own hospital, whose visual representation was not yet uniform. His image changed to a mad scientist. His treatments no longer ended in disaster, but were experiments in which patients were upgraded with cyborg technology against their will. In this sense, Dr. Alcohol very competent.

In 2003 a detailed elaboration of his character, his activities and his laboratory followed. He still made Frankenstein-like experiments, but he also had regular patients who trusted him and could expect good treatment. From an initially incompetent doctor he developed into a genius who can cure any disease with unorthodox means, but who often deviates from the plan out of pleasure and scientific interest. From now on he is a regularly recurring figure in the Schuschiverse. His brilliant skills make him always keep a cool head. 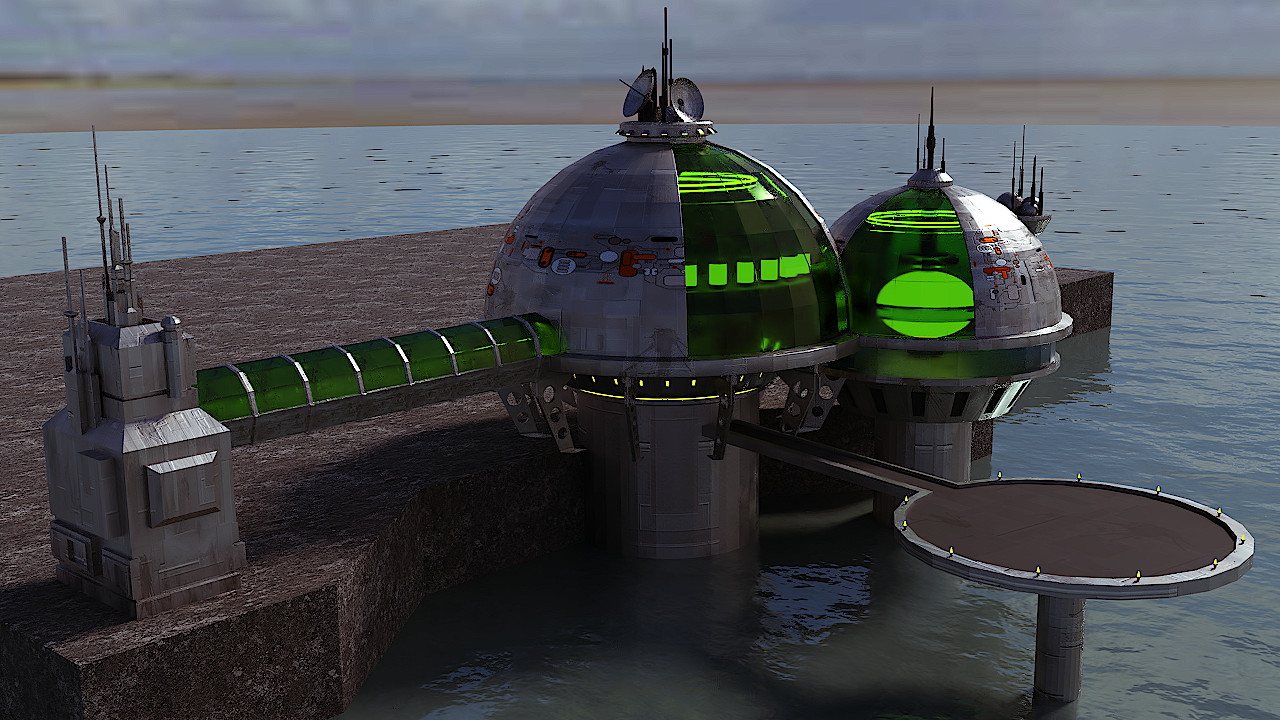 The submersible hospital at the seaside, called K-Complex has two large domes with various labs and treatment rooms, a pier, a heliport, an underground cloning factory, and direct access to the municipal hospital. Inside, there are many liquid-filled stasis capsules called cocoons, in which patients or individual organs can be preserved, and a furnace, where spare flesh paste is made from organic waste, which can be formed into new organs by means of casting molds or 3D printing. In addition, there are many unclad machines with tubes and robotic arms, whose meaning is only understood by Dr. Alkohol.